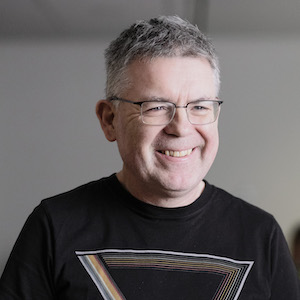 Python Environments With Pyenv And Virtualenv

We’ll assume that you have at least a basic knowledge of how to install python.

When creating this post I used Python 3.10 as my system version of python and pip version 21.2. The guidance is for macOS. If using Windows or Unix, you will need to make some adjustments to the installation of system software packages.

When you first use Python, you will probably use a globally installed version with globally installed libraries. You might have installed it yourself or your computer might come with it pre-installed. MacOS has been shipping with a very old version (2.7) of Python for a long time. If you installed the developer tools for Mac, it will have installed Python version 3.X (accessed as python3). This will work well enough if you are working on a single project or multiple projects with very similar setups.

Problems arise when you work on multiple dissimilar projects. You have one project that requires a particular library and that library in turns requires another library. Consider the case shown below. Program A and program B each require a dependency that in turn requires dependency C. But, they each need a different version of program C and can’t control the version as it’s dependency comes via an intermediate package.

Python version management is a related issue. Sometimes you will have a program or library that doesn’t work with a particular version of Python. As an example, I recently tried to install the latest version of the rasterio library to discover that it wouldn’t work with the most recent version of Python (3.10 at time of writing) but would work with the previous version. This is a very common scenario as library maintainers struggle to update, test and release their code quickly after a python upgrade.

Python version management allows us to address this problem. Some virtual environment tools address python versioning and some view it as a separate issue to be solved by another tool.

Fortunately, there are some solutions available. Sadly, there isn’t a single universal solution and there are pluses and minuses to the different options. Some of the more popular options are:-

In this post, we describe the use of the pyenv / pyenv-virtualenv combination.

First, let’s install pyenv and pyenv-virtualenv. There are several ways to install these tools, including building from source. But for most macOS users, Homebrew is probably the most convenient option. To install with Homebrew, execute

Now we need to make some changes to our environment to pick up some of the paths used by pyenv. On macOS, the environment is usually managed in .bash_profile in the user’s home directory. So, go ahead and edit ~/.bashrc and add the following lines:

For this change to take effect, you’ll need to open a new shell or source ~/.bash_profile.

So far the only environment we have is the default system environment.

The list is quite long and you will most likely only be interested in the subset that start with a numeric version number. You can filter the list as follows.

We’ll install version 3.10.2 which is the latest stable release at time of writing.

Now that we have a python version installed under the control of pyenv, let’s set up a virtual environment that uses it. To that we’ll run the following command

If you list the available virtual environments, you should see the newly created one.

pyenv deactivate does what you would expect.

When the environment is active, running python will run the version associated with that environment and packages that you install with pip are installed into that environment only. They won’t be available or visible in the global python space or in other environments.

We gave the example earlier of being unable to install rasterio with version 3.10 of python. By the time tou read this, that issue may be resolved. Nevertheless, consider what we do in that case. We would simply install a python 3.9, using pyenv and create a virtual environment into which we install rasterio.

Sometimes, you will need to create python programs on your machine that have incompatible dependency graphs. Sometimes, your dependencies will only work with specific versions of python. These problems can be addressed by virtual environments. In the post, we showed one option for managing virtual environments and multiple python versions, using pyenv and its pyenv-virtualenv plugin. You might want to explore some of the other available options yourself.

If you’d like to keep up with new posts, please consider following us.